A BEGINNER’S GUIDE TO NOX, NO AND NO2 AS AIR POLLUTANTS 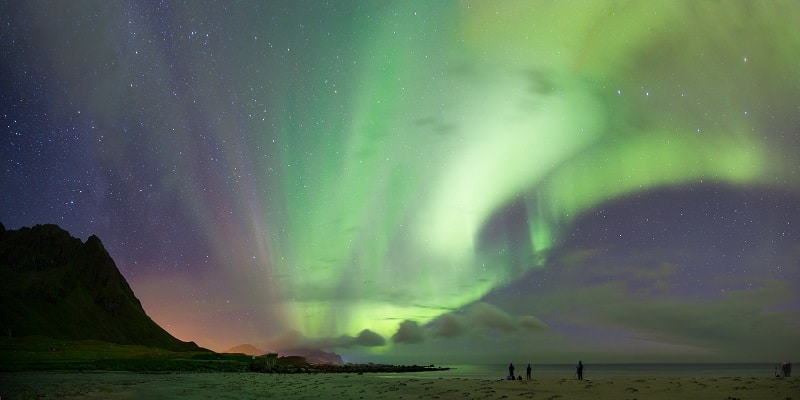 MEET THE NITROGEN OXIDE FAMILY: NOX, NO AND NO2

Meet nitrogen, commonly referred to simply with the chemical symbol N. When two nitrogen atoms bond together, they form nitrogen gas (N2). Nitrogen gas is odourless, colourless and tasteless. It is non-flammable and will not support combustion. Fun fact: nitrogen makes up 78% of the Earth’s atmosphere. You probably remember learning about the nitrogen cycle in school and how it is crucial to all life on earth.

Meet nitrogen’s friend oxygen (O), a highly reactive non-metal, oxidizing agent that readily forms oxides with most elements and other compounds. At normal pressure and temperature, molecules of oxygen bind to form dioxygen (O2) which is present in the atmosphere. Oxygen is the third most abundant element in the universe, and of course is crucial to our continued existence. Interesting fact: the most common auroral colour (pale yellowish-green) in the northern lights is produced by oxygen molecules located about 60 miles above the earth. How cool is that!

At room temperature, nitrogen is a very inactive gas – a couch potato, you might say. But sparks can fly between these two. In the presence of lightning or a spark, nitrogen combines with oxygen to form several different oxides. Nitrogen monoxide or nitric oxide (NO) and nitrogen dioxide (NO2) are the most abundant. NO and NO2 are two kinds of gases and are referred as nitrogen oxides (NOx). NOx molecules have nitrogen and oxygen atoms in them.

WHAT’S THE DIFFERENCE BETWEEN NOX, NO AND NO2?

SOURCES OF NOX – NO AND NO2

Now that you’ve been formally introduced to NOx, NO and NO2 – how are nitrogen oxides produced and where do they come from?

Nitrogen oxides are produced from the reaction of nitrogen and oxygen gases in the air during combustion, especially at high temperatures. At normal temperatures, oxygen and nitrogen gases do not react together.

Nitrogen oxides are produced naturally from a lightning strike. A bolt of lightning can reach temperatures of roughly 30,000 kelvins (53,540 degrees Fahrenheit). How many times does lighting strike the earth you might ask? About 100 lightning bolts strike the earth’s surface every second. There are 86,400 seconds in a day and 365 days in a year – you do the math…let’s just say it’s a lot.

NOX CAN BE FROM NATURAL, BIOGENIC AND INDUSTRIAL SOURCES

Natural sources: Mainly thunderstorms due to the extreme heat of lightning. Forest fire is another natural source.

Biogenic: Agricultural fertilization and the use of nitrogen fixing plants (through nitrogen fixation by microorganisms).

Although naturally produced nitrogen oxides outweigh man-made emissions, NOx from natural sources are typically found at altitudes higher than 5km. Man-made emissions, due to fossil fuel combustion either from stationary sources (24%) and mobile sources (49%) are typically found near the sources at near surface elevation where it can cause significant health effects.

THE IMPACT OF NOX TO HUMANS AND ENVIRONMENT

How does the presence of nitrogen oxides impact me? Are there any adverse effects on my health and should I be concerned?

Nitrogen oxides (NOx ) react to form smog and acid rain. NOx reacts with ammonia, moisture and other compounds to form nitric acid vapour and related particles. The impacts of NOx on human health include damage to the lung tissue, breathing and respiratory problems.

Nitric oxide (NO) is not considered to be hazardous to health at typical ambient conditions. However, excess nitric oxide and its products may cause respiratory ailments, hematologic side effects, metabolic disorders, low blood pressure, nausea, vomiting and diarrhoea.

Nitrogen dioxide (NO2) at high concentrations causes inflammation of the airways. Breathing in high levels of NO2can increase the likelihood of respiratory problems: wheezing, coughing, colds, flu and bronchitis. People with asthma are prone to have more intense attacks. Prolonged exposure to high levels of NO2 can cause irreversible damages to the respiratory system.

DOES IT IMPACT THE ENVIRONMENT?

High levels of NOx can have a negative effect on vegetation by making it more susceptible to disease and frost damage. When NOx reacts with other pollutants in the presence of sunlight, it forms ozone. Ozone at high concentrations also damage vegetation.

NO2 AND AIR POLLUTION

What is air pollution and is NO2 an air pollutant?

Air pollution occurs when gases, dust particles, fumes or odour are introduced into the atmosphere which has harmful or poisonous effects. The common air pollutants are (also known as criteria pollutants):

What causes NO2 air pollution?

The amount of nitrogen oxides emitted into the atmosphere as air pollution, from both man-made sources, can be quite significant. It’s mainly produced by road traffic and energy production.

While NO2 is a primary pollutant, it is also a contributing component for secondary pollutants formed from a chemical reaction. The most common is ozone. Photochemical smog, most common in sunny, dry locations, is created when NO2from gas combustion is exposed to sunlight, splits and releases an oxygen ion (O). The released O combines with oxygen molecule (O2) forming ozone (O3). Ozone is one of the major secondary pollutants. You can read more about ozone pollution in our blog: Why do I have an ozone pollution problem (and what can I do about it)?

Indoor NO2 levels are a result of both indoor and outdoor sources. While indoor NO2 is produced by unvented heaters and gas stoves, high outdoor NO2 levels originating from local traffic and other combustion sources can influence indoor levels.

IS THE AIR WE BREATHE SAFE? SHOULD WE BE CONCERNED?

NO2 is both a primary and secondary pollutant. Air pollution impacts everyone but some of us are more susceptible than others: children and seniors, people with existing lung and heart conditions, people working and exercising outdoors.

HOW CAN WE CHECK THE CLEANLINESS OF AIR OUTDOORS? IS IT IMPORTANT TO MONITOR NO2 IN AMBIENT AIR?

To combat the serious health effects it is important to find out more about air pollution, such as areas of heavy concentration, elements of composition and cause. To get this information, comprehensive air quality monitoring must be undertaken using air monitoring devices, such as shown below. These can be portable, ideal for checking pollution hot-spots or personal exposure, or fixed monitors, which measure the air continuously so you know when NO2 levels are high. Both measure the air in real-time giving you accurate readings to make informed decisions.